At the business cocktail of the Icebreaker investment club
a teleconference was organized between Russia and the United States with the participation of three-time world champion, legendary Russian hockey player Alexander Ovechkin. Alexander sent a welcoming speech to Challenge Moscow and announced his readiness to race the Olympic super sprint at the end of the NHL season in July. Ovechkin noted the importance of the presence of international brands in Russia for the active return of big sport to the country, large advertisers and interesting participants. 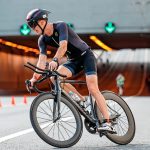 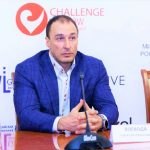