On February 10, 2021, the conference “Sports Industry 5.0. Technologies and the Global Market ”on the site of Business Russia.
The Organizing Committee of the Challenge Moscow, together with the Russian Triathlon Federation, presented the stage of the World Triathlon Challenge Series, which will take place from 16 to 18 July 2021 in Moscow. It is a great sports event that brings together business, government and sports fans. over 5,500 participants, over 100,000 spectators and over 100 million observers from all over the world.
Elena Nikolaevna Krivenkova, Head of the Organizing Committee of the Challenge Moscow, opening the session said that “The sports industry and world sports events, promotions, championships are the locomotives for the implementation of the national projects“ Demography ”,“ Sport-norm of life ”,“ New quality of life ”and “Digital Economy of the Russian Federation”, Business Russia as a public organization, including more than 4500 participants from 85 regions of Russia, a systematic partner for the implementation of the national agenda.
The President of the Challenge Family Zibi Czlufcik welcomed the conference participants, announcing that a large family of participants in the world Challenge series, uniting 41 countries and more than 100,000 triathletes, is ready to transfer their best experience to organize competitions in Moscow for the first time in the history of the Challenge.
Yulia Lvovna Rykova, Advisor to the Head of Rostourism, noted that in the modern world, the popularity of large sports events is growing, attracting international tourist flows to their locations. Mega-events are viewed as an instrument of public diplomacy, the image policy of the state, and a means of promoting urban brands. And also that the introduction of electronic visas and the hope for the imminent opening of borders will attract an international audience to the Challenge Moscow holiday.
Deputy Minister of Sports of the Russian Federation Selskiy Andrey Konstantinovich announced the ministry’s plans to create digital products for the digitalization of sports and support in creating a digital platform for triathletes by the Challenge team.
Deputy Minister of Digital Development Andrey Vladimirovich Chernenko informed about the common challenge for all sectors of the economy in terms of digitalization and the relevance of creating roadmaps for the implementation of the state agenda.
Two-time Olympic champion, State Duma deputy Aleksey Ivanovich Voevoda spoke about the importance of creating an alternative movement to the Olympic one, supporting the digital platform created by the team as a locomotive for the development of the sports movement, and sports in general as a new ideology of the state that meets the interests of society. It is a healthy sports society that creates a new generation of mobile, successful and result-oriented citizens.
The President of the Triathlon Federation Ksenia Sergeevna Shoigu noted the importance of developing triathlon everywhere, in all regions of Russia. Also, in her welcoming speech, Ksenia Sergeevna drew attention to the work with children’s sports, education and professional development of judges and coaches, and also congratulated the Challenge on its first starts in Russia, in Moscow.
The moderator of the meeting Ekaterina Aleksandrovna Icebreaker, Head of the Executive Committee of the Challenge Moscow, founder of the Icebreaker investment club, summing up the conference, said that “Sports Industry 5.0 is not just another stage in the development of technologies, it is a challenge for entrepreneurs who want to be successful in the future. decades, and it is important to enter a new era by uniting with global brands. ”
At a business cocktail held after the conference within the framework of the Icebreaker business club, a teleconference was organized between Russia and the United States with the participation of three-time world champion, hockey player Alexander Ovechkin. Alexander sent a welcoming speech to Challenge Moscow and announced his readiness to race the short distance at the end of the NHL season in July. Alexander Ovechkin noted the importance of the presence of international brands in Russia for the active return of big sports to the country, large advertisers and interesting participants.
The organizer of the conference, the Sportlive platform, is the integrator of the country’s sports agenda and the locomotive of the new national idea “Sport is our worthy life”. 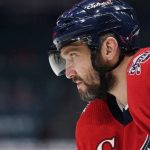